Foaming At The Mouth 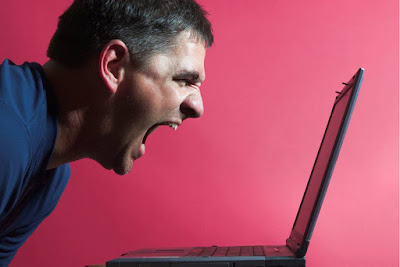 I am somewhat annoyed.

What has rattled this normally placid person's cage? It's the vast number of angry people out there, that's what. And I mean they are REALLY angry.

I know people whose default setting is permanent peevishness but it’s gone beyond that. Look on the internet and you will find video upon video of people losing it. They are trolling on Twitter, furious on Facebook, incensed on Instagram, wicked as a snake on WhatsApp and snapping on Snapchat.

I have a wide circle of friends of all political persuasions. Lovely people. Lovely, that is until some political issue rears its ugly head. Then many of these perfectly pleasant people metamorphose into ranting ideologues completely unable to tolerate another person's point of view.

My Facebook pages are full of vitriol.  I expect people to be passionate about their political beliefs but some of the posts transcend that. People "de-friend" others right, left and centre for being politically too right, too left or too centre.

They regurgitate fake news and unsubstantiated statistics in the manner of Moses descending the mountain with tablets of stone.

I read a post and think to myself, "That can't be right, surely?" Then, just a couple of minutes’ research show that the statistics quoted or the story shared are fabrications. Or they shout FAKE NEWS at everything, fake or not. Why don't people check things before sharing them? See, now I'm angry too.

Then there are the cyber-bully trolls who viciously attack anyone who doesn't share their narrow view of the world. God help you  if you are blessed with less than average looks, any argument you put forward will be immediately nullified because you are fat, old, bald, have a big nose, whatever. If you are a woman in the public eye you could be threatened with the most heinous of "punishments" from rape to murder for having the temerity to offer up an opinion.

Who is this army of cowardly judgemental people with so much time on their hands they can be bothered to write a tweet or fill in a comment form to write something inane or just plain nasty? Who sits down to write horrible things about people they have never met? It's the only time I feel sorry for celebrities who come in for blistering attacks because of the way they look or some inadvertent slip of the tongue. 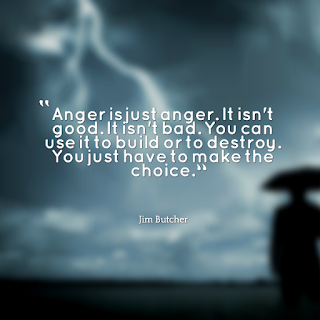 The sound of teeth gnashing and the sight of veins popping assault my senses daily. I am metaphorically covered head to toe in spit spewing from the mouths of the splenetic.

Turn on your TV and you will see angry people shouting at angry people. Look in your local newspaper or read the local groups on Facebook and you will see people incandescent with rage because there is a van parked with one wheel on the pavement or their packet of 50 turkey twizzlers contains 49.

Of course, not all anger is bad. There is positive anger when we rage at the injustices of the world and vow to do something about it.

But you have to pick your battles. Walk a mile in the other man's moccasins. And chill. Just chill.