A Question of Age 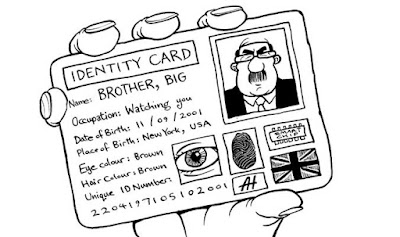 THERE was a young man in the supermarket queue in front of me buying some beer. He seemed a decent enough lad but he looked young. The shop assistant was obviously suspicious that he might be buying booze to alleviate the pain of having to do history homework so she asked him for some ID.


Oh how I felt for that young man as he rifled through his wallet for some proof that he was a man of the world and not a shifty teenager buying booze for him and his spotty mates to drink in the park while making lewd comments about young women walking past.


For age is a funny thing. When I was young I always looked much younger than my years – a fact that was very galling to a wannabe wild-child clubber who at 18 looked 12.


Looking young when I was in my teens and 20s was a cross I learned to bear. It had many downsides. Boys one or two years older than me wouldn’t give me a second glance while I was at school, being more attracted to the “cool” girls with their supercilious smiles and coltish flaring nostrils and who, in retrospective, looked about 30, while I had to fight off the attentions of boys with scabby knees and snotty noses from the yawning chasm of two forms below me.


Old men patted me on the head a lot (no doubt the reason why I’m short) and called me “dear” in a patronising tone of voice – very galling to an ultra-sophisticated (in my own estimation, if not in anyone else’s) 18-year-old. In pubs I had to hide away or drink Coca Cola.


I wore “grown-up” clothes, always had a cigarette dangling from lips and plastered on the make-up. Sadly, it was all to no avail. It made me look as if I’d raided my mother’s wardrobe and stolen her Woodbines and Rimmell strawberry crush lipstick.


At 25 I was still passing for 16 which I must admit, was handy for getting in on a child’s ticket at various attractions but had very few other benefits.


Then I reached 30. At one minute to midnight on the eve of my birthday I looked 16; at midnight everything dropped, folded, shrivelled in some places and ballooned in others. At one minute past midnight I looked like an old bag.


At no stage of my life have I ever looked in my 20s – those prime years of most women’s lives when they’re old enough to know what they want and young enough to get it.


These days, however, I’ve settled into my skin, even if there is rather too much of it. I have given up trying to look - or act - sophisticated and have settled for what I like to think is Bohemian Chic but which in reality is more Matronly Eclectic. Never mind, at least I no longer smoke and I've given up the strawberry crush lipstick in favour of strawberries and cream - so much more satisfying whatever age you are.