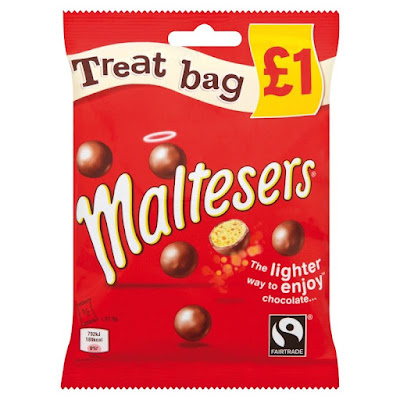 You know me, I'm not one to say, "I told you so," but I told you so. In a previous post I mentioned that the dearly beloved had discovered the delights of eBay. I haven't yet had a parade of delivery men asking where they can put the 10,000 left-handed widget screws but we have had an 'incident'.
The DB made a successful bid on an edgebander (no, I don't know what it is either. All you need to know is that he is a cabinetmaker obsessed by machinery like spindle moulders, routers and bandsaws). The only trouble was that this edgebander had to be picked up from Leeds, a journey of some 300 miles and an estimated journey of 5 hours from our Devon home.
He intended to stay the night, not fancying driving for 10 hours in one day. Off he set on a Friday lunchtime, heading north in his thermal vest and fur knickers with his three-week supply of seal meat, saying, "I might be gone some time."
On my way home from work I happened to hear the traffic announcer on Radio2 mention that this Friday - it was the autumn half-term - was the busiest day of the year and the roads were full of cars on their way to RipOff Theme Park, packed to the roof-rack with bad-tempered drivers and annoying children asking, "Are we there yet?" every two minutes and demanding a wee when the car is stuck in a traffic jam on the M5 . Oh dear.
The DB phoned at 6pm saying the traffic was horrendous and he was nowhere near his destination. I made suitably sympathetic noises while I sat with my feet up, drinking a cup of tea. He phoned again at about 9.30pm saying he was in Barnsley, about 30 miles from Leeds and intended to check into a hotel and finish the journey in the morning.
Of course, this being us, we hadn't actually booked any hotels in advance, or even bothered to find out where any were. So there I was, frantically looking up Barnsley hotels on the internet, trying to find one not too far off the motorway. I found a nice and cheap Travelodge on the Doncaster Road. He phoned an hour later and said he couldn't find the Travelodge but had booked into twin-bedded room in a posh hotel where the Leyton Orient football team were staying.
He made a final phone call at 11pm to say goodnight. So that was that, I thought. However...when he came home, he told me what had happened next. On his way up north, he had stopped in a motorway service station to buy some orange juice. While waiting to pay, he spotted some Maltesers near the check-out. He hadn't had Maltesers for years and decided to buy a packet.
After saying goodnight to me on the phone, he opened the packet to eat a few while watching TV. He then nodded off. When he awoke an hour later, a few of the Maltesers had rolled out of the packet and settled between his legs, where they had melted.
"You'd never believe," he told me in horror, "how much chocolate there is on a Malteser!" Not wanting the hotel staff to think he was some kind of weirdo with a bowel problem, he decided to wash the sheet. With the help of some shampoo, he managed to get the sheet reasonably clean, but now it was wet.
Still, he thought, it was probably better that the staff thought he had wet the bed rather than... well, you know. He hung the sheet on the heated towel rail and went to sleep in the other bed. Luckily, come morning the sheet was dry and he managed to remake the bed (I don't know how, he never manages it at home).
The staff may have wondered why he thought it necessary to use two beds in one night but, hopefully, they didn't have to recoil in horror at the sight of a big brown lumpy splodge in the middle of the formerly pristine white sheet. They don't know how lucky they were.
While we're on bodily functions, I must tell you about my friend's grand-daughter. She stayed with Grandma over half-term and was delighted that she had a new bed. She started off in the new bed most nights but usually ended up sleeping with Grandma.
One morning she came down, looking upset. "I think I might have wet the bed a little bit," she said but then added brightly, "But don't worry, Grandma, it wasn't in my new bed, it was in yours!"