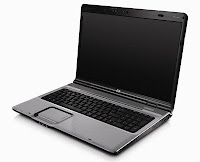 I WAS so fed up with the dearly beloved asking me to look up things on the internet - exciting things like the price of a pack of 1,000 hinges from some site with a name like Bodgit and Runn - that I bought him a laptop for his birthday.

Have you ever watched anyone who has never used a keyboard before trying to type? I have been typing for 30 years. I can touch-type. Smoke comes from my keyboard when I type. I can type behind my back while drinking a glass of water and whistling Doncha Wish Your Girlfriend Was Hot Like Me.

For the dearly beloved, it's a whole new ball game. He has a scrappy piece of paper in his hand that he has torn out of the Spindle Moulders R Us magazine. I explain that he can either type in the address in the address bar or he can put the name of the firm in the Google search. It's a firm with a very long name but a short website address so he opts for the address bar.

I delete back as far as the www. and leave it to him to put in the rest. He peers around the keyboard, index finger hovering. At last he finds the S. Now he's looking for a P. I can go for a pee, wash my hands and make myself a cup of tea before he has found it. And so it goes on. Letter. Long pause. Letter. Longer pause. Letter. I go to visit my mother who lives six miles away. We go shopping and stop for lunch. I take her for a two-week holiday in Spain. I get home to find he's reached the M of moulder.

I know I mustn't do it for him or he will never get used to the keyboard but I have to restrain myself from taking over. I'm full of impatience and thank God that I never became a teacher as I once intended. I'd be the one plastered all over the tabloids because I had finally cracked and had gagged and blindfolded all the children and tied them to chairs while I sat at the front of the class with my feet on my desk singing nursery rhymes with a pile of text books burning in the wastepaper bin beside me.

A few weeks later and the pauses between the letters were getting shorter. I could go away for two minutes without being yelled at: "Where the f*** is the G?" He even started to use his laptop while I was at work but I'd get home to find him moaning because magazine adverts had promised much but their websites had delivered little. He uttered these complaints in the tone of voice that implied it was somehow all my fault for buying him a laptop in the first place. The complaints stopped when I threatened to shove the laptop up his Rs.

I breathed a sigh of relief as he began to get the hang of it and started to surf the net, if not like a pro at least like a child with a bodyboard at the end of the school holidays.

My relief has been short-lived. Yesterday he discovered eBay. No. Dear God. No.

If you don't hear from me for a while it's because I have been trying to find room for all those hinges, brackets, screws, nails, power tools, industrial woodworking machinery and pallets of board that are likely to be turning up on my doorstep any day soon.