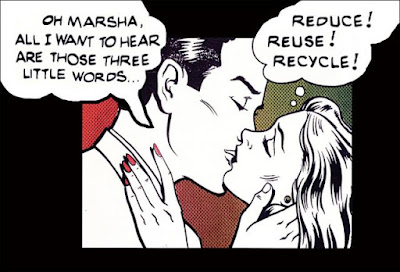 Who remembers August 2007? That was the month the big recession began, caused by the banking crisis. It was a worrying time. Lots of people were being made redundant and I feared for my job. The better half, who runs his own firm, was, rather nervously, telling this joke:  “How do you start a small business?” The reply,  “Buy a big one. And wait.”

I spent days with my calculator, number-crunching, to see if I could manage if I were made redundant. I worked out that if only I could live a frugal life and the dearly beloved would shove a few quid into my piggy bank every week, I could just about keep my head above water. Unfortunately, he was rather relying on my pension to keep him in his old age. I knew I should have married a rich man.

In the event, I kept my job. So, despite my dreams of living the frugal life at home tending my vegetable plot in my patchwork skirt, I was still on the work treadmill for the next few years. Even now, although officially retired, I still do a lot of paid writing work. And that patchwork skirt is still in the concept stage and on not on my body, which if you could see my body you would realise was a blessing.

During all that number-crunching, I was forced to confront the fact that I was a wasteful individual. Our house-keeping bill for two people (and one cat) was huge. I was a dreadful shopper, a sucker for a bargain or a buy-one-get-one-free offer (BOGOF). This sounds like a saving but in reality I bought too much of something I didn’t particularly want in the first place and either ended up giving it away or throwing it away.

Since then I have rather reformed my spending habits and have tried to embrace the "reuse, reduce, recycle" philosophy.

Even so, I am never going to produce a seven-course banquet for 12 with last night’s left-overs and a tin of peas. I could spend £50 a head and it would still taste like an average meal from a back street cafe. And I’m just not the type of person who is any good at knitting jumpers out of llama hair plucked from barbed wire or making furniture out of cans and discarded cardboard boxes.

I'm trying, though, and the other day for the first time in 20 years, I darned a pair of socks. I’m ashamed to say, I hardly knew how to begin. As you’ve probably guessed, my socks somehow metamorphosed into a pig’s ear,

I haven't given up, though. I am really trying to be more fiscally responsible and to embrace the "make do and mend" ethos. Now I have got to grips with darning (kind of) I will no longer throw away a pair of socks because they have one small hole. Good grief, last week I even mended a hem that was coming down. Not that everything has been a rip-roaring success. My attempt to make soup out of a chicken carcase and left-over vegetables tasted just like.... some tasteless concoction made out of a chicken carcase and left-over vegetables.