Life On The Ocean Wave 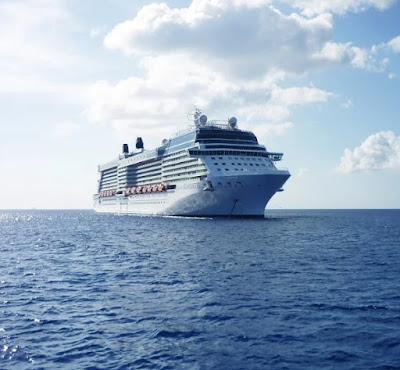 (This is updated, adapted and abridged from my regular column in Devon Life magazine)


Before this coronavirus thingy frightened the world half to death, the better half and I were turning our thoughts to holidays in sunny climes. Now our lives are to a certain extent on hold before the virus burns itself out and we can all get back to normal - but there's no harm in dreaming.

We don’t get abroad that often because of the ties of work but there he was enthusiastically reading out the details of a cruise advertised in the Sunday papers.

This trip went half way round the world and lasted over three months. The best cabins were a snip at around £50,000 ($60,000) per person. The word "cabin" is a bit misleading. It was in fact a 700sq ft suite and included, among a host of other facilities, a private veranda, a fully-stocked bar (ah, now I see why he was so interested), heated bathroom floor, personalised stationery and a butler and concierge on hand.

To be fair, if you were one of the cruising plebs you could get an inside cabin, a snip at about £15,000 ($18,000) per person. As the better half works full time and is self-employed I'm not sure how he thought he would be able to take three months off for this life on the ocean wave. And I refrained from raining on his parade, currently taking place in la-la land, to point out that we had slightly less than £60,000 to spend on a holiday, Slightly? I mean considerably, take two noughts off and you would be nearer the mark. 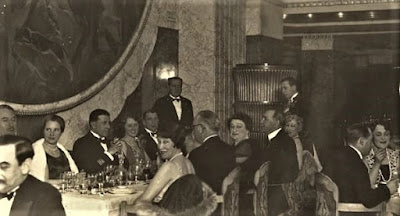 In any case I'm not sure I'm cut out for the high life. I showed little interest as he read out all the amenities on board this deluxe liner - 10 bars, casino, two theatres, restaurants, swimming pool, spa, nightly top class entertainment. Library.

My ears pricked up. "A library? How brilliant!"

"You sad person," the man said witheringly. "You may as well buy a tent and spend three months camping in Exeter Library." Sounds like heaven to me.

Maybe I am a sad person. I'm sure a high falutin' cruise would be just dandy. I have friends and family who have been on cruises and they have all loved the experience.  Had I several thousand to spare, I might consider it. But, if truth were told, I don't think I could get that excited about being stuck on a floating hotel, no matter how plush, although I'd love the opportunity to be proved wrong.

I'm not sure what I expect of a posh cruise, my ideas of life on the high seas having been gleaned solely from films like Titanic, the Poseidon Adventure, Doctor at Sea and Carry On Cruising. I half expect to hit a iceberg upside down while shouting, "Oooo, matron!"

I imagine some nubile young lovely's bra pinging off as she plays quoits on deck while a Leslie Phillips-alike says: "I say, ding, dong ..." in a suggestive voice and I, with my rug tucked firmly around my legs, sit in a deckchair reading War and Peace which I have borrowed from the library, tut-tutting at the antics of the younger generation. 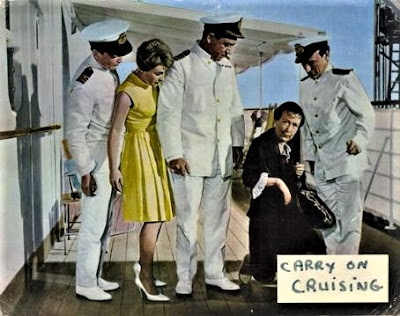 I imagine dinner at the captain's table, dressed up to the nines, kicking the better half under the table as he slurps his soup and saying things like, "Of course, at home we dine off Royal Doulton china every day and outside we have room for a pony."

Afterwards I expect to be herded with cattle prods to the ship's cabaret to listen to a balding man on an organ singing My Way very badly while a group of former members of Hot Gossip twirl and bedazzle us with their glittery costumes, sequins flying off at every angle.

In steerage will be the "common people" who are all living it up doing Irish jigs and drinking copious amounts of whisky while we posh people are treated to a lecture on The Danger of Streptococci In Pea Soup by James Robertson Justice.

I fear having to make a stampede for insufficient lifeboats while a man with a gun shouts, "Women and children first!" At least I know my better half wouldn't slip into my best frock and high heels in an attempt to jump the queue - not unless he was already in them..... (that was a joke, by the way. Cerise is just not his colour).

No, I'm not really bothered about a posh cruise.

Not unless there's a library.

*     *     *     *     *     *    *
If you are a cat lover - especially a lover of the grumpier members of the species, this is the book for you. Written by Toffee who, despite her name, is the least sweet cat you can imagine. The world according to Toffee exists to serve her and woe betide anyone who forgets it. Paperback on left, Kindle version on right.