Come on computer, make my day 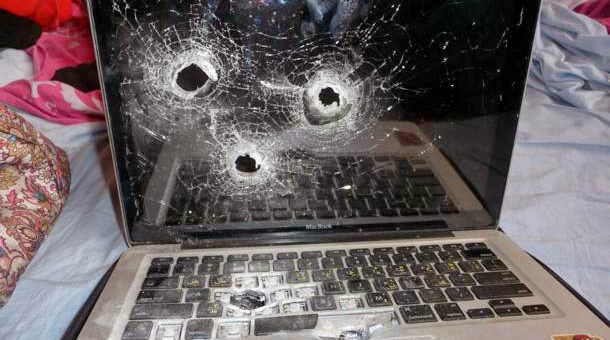 WE'VE all been there. You're sitting at your computer with lots of work to do and it starts to go slower than a snail on Valium. Or some Russian gangster inserts a Trojan horse into your registry and suddenly a virus is galloping its way through your system and before you know it you're being charged for buying an old Second World War tank and a load of spiv gear from Russianmafia R Us.

So I wasn't particularly surprised to hear that a man from Colorado Springs in America became so enraged with his computer that he took it outside and shot it eight times. It was - you won't be surprised to hear - completely destroyed.

Unfortunately Lucas Hinch was arrested on charges of discharging a firearm within the city.

According to friends and family, Mr Hinch is a nice man but he cracked under the strain of doing battle with his computer day after day. In a fit of fury he took it to the back alley by his house, stood it up against a wall and shot it.  As you do.

I wonder if he asked it if it had any last requests?

"Please, could you just switch me off and on for one last time....."

Now Mr Hinch, who said he didn't know he was breaking the law, has to face the judge. I hope he is lenient.