A is for Accents 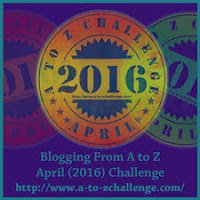 I AM so posh I have eaten Beluga caviar sprinkled with saffron strands on a  bed of toasted olive focaccia. OK, it was fishpaste sprinkled with Sainsbury's dried mixed  herbs on toasted Mother's Pride - but at least I've heard of the other stuff. I have driven a Ferrari but dumped its owner in favour of the dearly beloved in his Morris 1100. Best move I ever made. The DB has now "upgraded" to a white Ford Transit van. That's social mobility for you.

Those who know me will  be completely shocked to hear I was not brought up posh. (No they won't.) My childhood was spent on a farm in the heart of rural Devon with two parents, six brothers and sisters and an extended family of lots of aunts, uncles and cousins. We all talked with a Devon accent.

My father trained a few racehorses and as he became more successful had to mix with posher people but at no time did  he ever deviate from the accent he was born with and everyone loved him for it. Lord Oaksey once rode a horse of ours at Newton Abbot races and was unseated at the penultimate fence. When my father asked him in his broad accent: "What the bleddy 'ell 'appened?" Lord Oaksey replied in the poshest accent imaginable: "I fell orf the bugga!" They got on well, despite coming from opposite ends of the social scale.

So Dad always stayed true to his roots. Unlike me. I went to a grammar school after passing the 11+ and turned posh overnight - well, I didn't want to get beaten up. I am now a bit of a chameleon and my accent tends to match whoever I am talking to. I don't know I'm doing it and it can sometimes sound like I'm taking the piss but I'm not; I'm just crap at accents.

My foreign friends, especially those from America, think there are only two accents in Britain. We either talk like the Queen (my horsbund end I) or like Dick Van Dyke in Mary Poppins (cor blimey, matey, let's get up them apples and pears). In fact, the accent changes about every 50 miles.

So if you want to know what the Devon accent sounds like, here are April and June.

My favourite April and June video is the one below. I love the punchline!

If anyone wants a translation, I'm happy to provide it!
.
.
.
.
I have, probably stupidly, included two blogs in this year's A to Z Challenge. My other one is over here.
at April 01, 2016

Email ThisBlogThis!Share to TwitterShare to FacebookShare to Pinterest
Labels: A to Z Challenge, accents