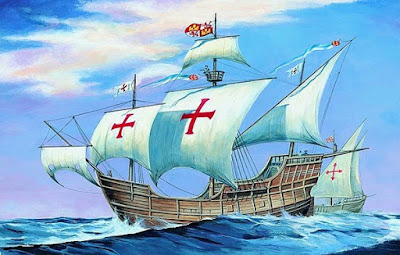 Much as I would love to crochet my own lifesize model of the The Santa Maria ("In fourteen hundred and ninety-two, Columbus sailed the ocean blue…"), I won't be buying a partwork magazine which teaches me how to assemble it and supplies the wool.

For my readers overseas who might not be familiar with the partwork magazine concept, they are publications on sale each month that usually have a "free gift" towards building a model, learning how to do something or starting a collection.

I'm using the word "free" loosely, as although the gift may be free, the magazines certainly are not. The publishers often sucker you in with a low priced first issue, a reasonably priced second issue and thereafter magazines costing so much you need to take out a mortgage to create a six-inch high model of Kim Kardashian.

Hence there was the magazine which provided parts to build the Mallard locomotive. The first part was a mere 50p but subsequent issues cost £7.99 ($10). There were 130 parts so the cost of completing this model locomotive was a staggering £1,031.21 ($1,300) - and it would take you two and a half years to do it.

Then there was a recent partwork series that taught you how to draw. Free gifts over the series included a pencil, ruler, rubber, paintbrush and paints. Sounds great, doesn't it? Until you realise the magazines were £5 each and the series was 100 issues. How many respected instruction books or actual lessons could you buy for £500 ($640)?

Undeterred you embark on a mission to build the Eiffel Tower and ending up paying out more than the cost of the original structure!

There is always the possibility that things could go horribly wrong. The publishers could go out of business mid series or your local newsagent could stop stocking the magazine. One man spent three years and £350 ($450) on a series of magazines teaching him how to build a model of The Bounty, only for six of the pieces he sent away for to go missing in the post - and no more pieces were available at that time. To say he was not best pleased is an understatement - in fact he mutinied (see what I did there?).

So if the urge ever comes over me to buy a series of magazines teaching me how to build Ironside's van, I will instead get a kit. Think there's no such kit available? Think again! 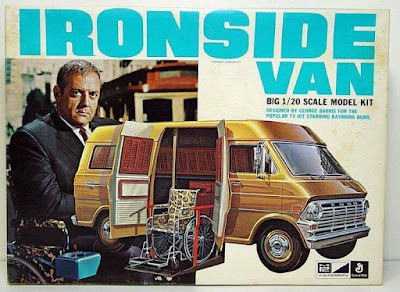