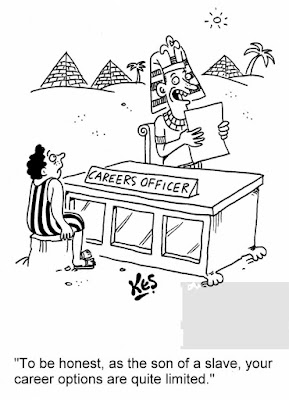 The only careers advice I received as a teenager was to be a teacher or a nurse.

“But I can’t stand the sight of blood!” I squealed.

“Well, you can still be a teacher,” said the bored careers woman. And that was that. I was tempted to suggest that maybe she would have been better suited to being a cleaner, cook or cockle-gatherer, anything rather than a careers advisor but, uncharacteristically, I held my tongue.

Teaching and nursing are vocations,(i.e. a “calling”), something more noble than a half-formed idea that it might be something you could possibly do.

It transpired that nearly all the girls were advised to be teachers, nurses, secretaries or sales assistants. Yet the options for the boys covered the full spectrum of professions, from marine biologist to meteorologist and policeman to pilot.

This was just as bad for the boys as it was for the girls. There was never a suggestion that a young lad might be suited for a caring profession – they were advised to aim for the high-flying “manly ” jobs. 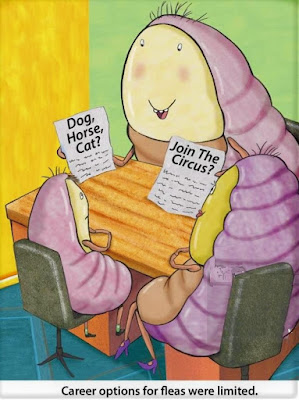 Confession time: I trained to be a teacher but after applying for dozens of jobs and not even getting an interview, I started a holiday job copytaking in my local newspaper – and realised that a newspaper office was exactly where I wanted to be. This means that generations of children have had a lucky escape.

My careers advice, which I should never have listened to, was over 40 years ago so I assumed times had changed.  I was, therefore, surprised to read that according to the OECD,  the international economics think tank, by  the age of SEVEN, children are already facing limits on their future aspirations in work because of ingrained stereotyping about social background, gender and race.

I was at a grammar school so at least my careers advice was for something aspirational. According to the OECD findings, girls in primary school from deprived backgrounds are expecting to go into hairdressing or shop work while boys from wealthier homes are more likely to expect to become lawyers or managers. Not that there's anything at all wrong with hairdressing or shop work, but young children should at least be aware that there are other occupations available. 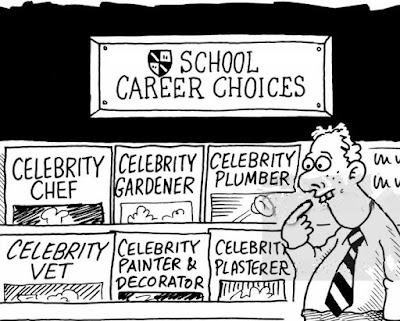 The OECD says too often young people consider only the jobs that are already familiar to them, from friends and family.

"You can't be what you can't see. We're not saying seven-year-olds have to choose their careers now but we must fight to keep their horizons open," says Andreas Schleicher, the OECD's director of education and skills.

The OECD has announced plans to double to 100,000 the network of people who go into schools and talk about their jobs and career paths. At present there are more than 50,000 volunteers, representing jobs from "app designers to zoologists".

I wish the OECD had come into my school. Who knows I might now be the Prime Minister of Great Britain and none of our present political problems would exist. You never know...