Not Floating On The Air 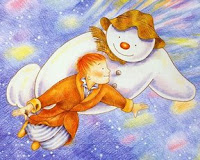 OH dear, I'm getting more and more like a mad old woman every day. And not just any mad old woman. A mad old woman with Tourette's.
I began the week with a foul-mouthed tirade against a young van-driving oik with one elbow out the window and a gormless expression on his face driving two inches from my back bumper as I was on my way to work.
Luckily, sealed in my metal tube with my back to him, he couldn't lipread what I intended to do with my mangled bumper should I have to brake sharpish and he collided with it.
Then, dashing around the supermarket in my lunch hour, another wave of rage rolled over me as the queues lengthened and supervisors who didn't look old enough to be allowed out without their mums spoke into headphones in a self-important manner.
"It would be better if you stopped talking about the queues and actually manned a check-out," I said sharply to one chubby boy who was picking at a scab while asking if "Shanna" could come to the tills. He looked surprised, blushed to the roots of his greasy hair and apologised – so then I felt guilty for being so bad-tempered.
In the pub I had to be shushed by the dearly beloved after making disparaging remarks about a young man in baggy shorts. Well, it was blowing a gale outside. I was only concerned that should he step outside the door, a gust of wind would inflate those shorts and he'd be swept away like the eponymous Raymond Briggs snowman singing, "We're walking in the air; we're floating in the moonlit sky; the people far below are sleeping as we fly…."
Then I had to bite my tongue as one of the villagers with a "look how clever I am to bag this" expression on her face walked in with her new toy-boy boyfriend – a well-known local womaniser.
"Isn't he lovely?" she whispered to me as she passed my table later.
"Lovely," I replied. Then muttered under my breath, "Lovely if you like sleaze balls with the morals of an alley cat on Viagra and the personal hygiene of a wart hog," earning another despairing and reproachful stare from the dearly beloved.
He says he won't go out with me if I don't behave so for now I've promised to be a good girl and keep my opinions – even if they are under my breath – to myself.
at April 06, 2008