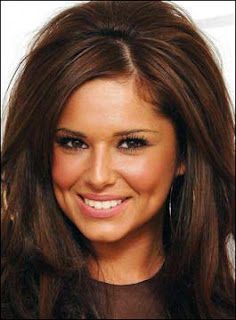 WE had one of those discussions on the subs’ bench today about whether it’s Cheryl Cole or Cheryl Tweedy – she of the manufactured pop group Girls Aloud.

I'm a newspaper sub, as in sub-editor. I'm not sitting on a football bench waiting to play for England and save my team from the Germans. If we'd dug up Churchill and Roosevelt, they would have played better than our footballers, but don’t get me started.

Such discussions occupy a lot of time in my office, leading to accusations of boring old fart from those racy young reporters who don't like to be reminded that dashes are not a substitute for commas.

We subs don’t care and blithely carry on haranguing them for their literary shortcomings, taking the epithet 'pedant' as a compliment not an insult.

We can spend all morning discussing whether it’s Coalition Government (note capitals) or coalition government (note lower case). We have a bible called the Northcliffe Media Style Guide but it was written before the Cameron-Clegg coupling. Now you may be interested to know the entry under Bible: “Bible (cap) the religious book; but biblical (l/c); biblical references thus - II Corinthians ii, 2; Luke iv, 5. Write bible (l/c) in a metaphorical sense, eg, “For many, Vogue is the fashion bible”. ” So, you see, my use of bible without a capital letter was perfectly correct. Wake up at the back, I shall be asking questions later.

Anyway, back to Ms Tweedy-Cole. Personally it wouldn’t bother me if I never had to read another line about the petite pouting pirouetting pop princess (we subs love a bit of alliteration) but we have a young man in our area with Tourette’s who is appearing in the next The X Factor (no hyphen, all capped) and managed to cop a kiss off the aforementioned petite pouting pirouetting pop princess.

A trawl of the internet revealed a split on the subject. The Sun is calling her Tweedy but then a recent story says she has no intention of reverting to her maiden name but then I found a story that says Simon Cowell says she’s now Tweedy and then we found a Mirror story using Cole in the headline but Tweedy in the story (tut)……. and so on and so on. On the whole though, she seems to be more Tweedy than Cole in recent stories.

I would advise Ms T-C to avoid reverting to her maiden name. She should be reminded that as a Tweedy she was a loud-mouthed chav who, drunk on vodka, Red Bull, wine and champagne, hurled a load of abuse at a black lavatory attendant before punching her but as a Cole she transmogrified into the nation’s fragrant sweetheart almost, but not quite, replacing Diana as the princess of all our hearts. Anyone being sick in a bucket can leave the room right now.

She was convicted of assault but not racially-aggravated assault, which was good news for our PPPPP. Had she hurled racial abuse at the poor woman, Polydor said it would have sacked her from Girls Aloud. In this world of topsy-turvy celebrity values it seems it's OK to be a loud-mouthed violent bully as long as the victim is a lowly worker but it is not OK to be a racist loud-mouthed violent bully. Part of her defence was that she was drunk and very tired. Note, however, that when drunk and very tired she did not wallop another celebrity or the owner of the club where she spent the evening but took out her bad mood on a lavatory attendant.

Had she racially insulted the poor woman, it would have been career suicide and our PPPPP would now be eating lard and chip sandwiches sitting in her Newcastle council house.

So Cole is preferable to Tweedy in my book. Or, as one of my colleagues suggested, she could always start calling herself Cheryl Twole (short for Cheryl Twa… well I’m sure you get the message).