IF you read a lot of website comments you will soon suspect the world is full of ranting fuckwits with very little brain. Don't believe me? Look at this: 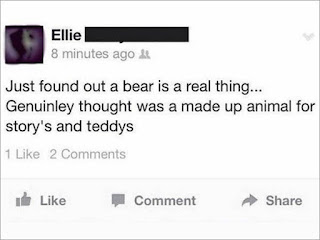 I already suspected the madness of the human race, I am now utterly convinced that most people in the world are barking - or at least the ones who can be arsed to write comments are.

In many posts a speck of punctuation is as rare as elephant’s feathers. Nothing has a capital letter. Nothing. No proper noun, no first letter of a sentence, no first person pronoun. i dont no why it upsets me so much but it does

No one reads the actual story but they read into it their own prejudices and deduce what they think the writer is saying.

At one point, quite a few years ago now, the website comments on the newspaper I worked for had to be moderated and the sub-editing team took it in turns to read them all. All. Every single one had to be read before it was posted. At the end of a shift you felt like your soul had been sucked from you and replaced by dust.

It was depressing how paranoid some of the readers were. I am not much of website commenter, having lot of paint to watch dry. But if  I had left a comment and it hadn’t appeared, my immediate reaction would be that there had been a technical blip or I had done something wrong. Not our readers. Oh no.

IT’S CENSORSHIP, they screamed. YOUR PAPER IS A TORY PAPER, A LABOUR PAPER, A LIB-DEM PAPER. YOU ARE THE MOUTHPIECE OF THE COUNCIL, YOU ARE SEXIST, RACIST, EVERYTHING-IST. In reality I was just a COULDN'T GIVE A SHIT-IST.

Who is this army of judgemental people with so much time on their hands that they can be bothered to fill in a  comment form to write something inane or just plain nasty? Who sits down to write horrible things about people they have never met? It's the only time I feel sorry for celebrities who come in for blistering attacks because of the way they look.

I came across this post from The Poke in 2014 where they had replaced headlines on stories with actual comments from the Daily Mail. Read it here.

I rest my case.

Fill in the form below to get an email when there is a new post.