Joys Of Getting Older 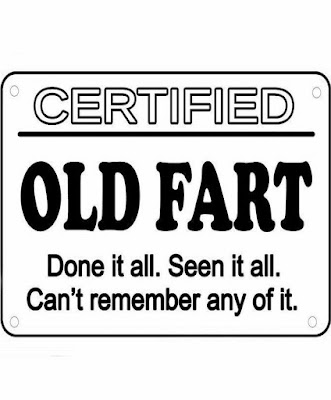 I am not yet a septuagenarian but I am a sexagenarian. The latter sounds like fun but don’t worry folks, I’m not going to regale you with risque tales of life with my old man!

I’m not that bothered about my age, not while I still have all my faculties. Well, most of them. I have near enough lost the ability to remember anybody’s name or even my own after a few glasses of wine and I grunt like a constipated pig every time I get out of a chair.

Apart from that, I feel pretty well, mentally and physically. But a quick poll of my friends revealed a litany of conditions that appear in old age, a few of which I already have and the rest I am galloping towards.

One I have noticed myself is the realisation that the middle-aged person walking towards me is that young person I used to baby-sit. The young whippersnapper is now a grandparent. How on earth did that happen? 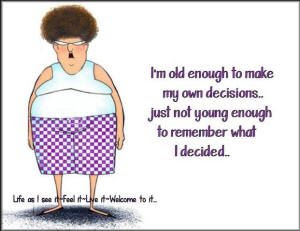 The first time I realised I wasn’t getting any younger was back in my 40s. I had always prided myself on my excellent eyesight. Then suddenly my arms were too short to read my book. But lots of young people wear glasses, so I wasn’t that bothered. These days, though, I have reading glasses all over the house because as soon as I’ve put down a pair, I’ve lost them, although most of the time they’re pushed up onto my head.

One friend told me she now dreads invitations to late night events. So do I. After midnight I turn into a grumpy old Cinderella with one eye on the clock and a deep desire to get out of my shoes and put my slippers on. But I’ve always been like that as I’m a lark rather than an owl. Except in my teens and 20s when I could party all night - and frequently did.

Another thing I will admit to is the constant harping back to “the good old days” when everyone had more commonsense and was more self-sufficient. I’m always getting told off by the younger generation for my politically incorrect comments.

A friend joked that he took an age to climb a ladder and when he got to the top invariably found it was propped against the wrong wall. I took that one with a pinch of salt. That’s never happened to me, but I rarely climb ladders, leaving all that kind of thing to the old man! 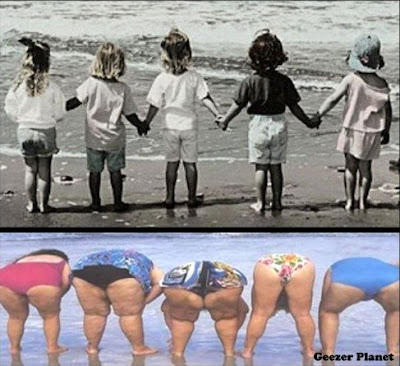 I was hoping my friends would put a positive spin on ageing - you know, like being more wise, becoming more patient and getting more respect. Yeah, right… they all said.

Their long list of what I have to look forward to once I slip into septuagenarianism, included your back going out more than you do, your ears becoming hairier while your head becomes balder (that was a man friend - I sincerely hope he wasn’t referring to women!)and you and your teeth spending the night in separate rooms.

And I was sooo happy to learn that one of things I have to look forward to is peeing when I laugh or sneeze. That should be fun.