Catching Up On Social Media 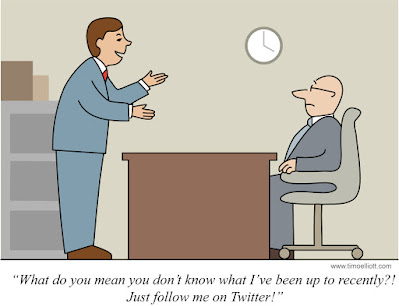 I am always amazed at the plethora of wonderful photographs. My feeds brim over with the most glorious pictures of the wonderful county where I live. Then there are all those people filling me with envy with photographs they have taken of glorious meals they are about to demolish in restaurants, or mouth-watering dishes they have created themselves.

I have restrained from sharing pictures of my supper, or "prison food" as the better half calls it, as I'm trying to keep my culinary inexpertise under wraps.

He runs a small business and doesn't really have time to engage in social media chit-chat so I have taken it upon myself to occasionally engage with social media on his behalf.

I can't say I'm an expert, although slightly more expert than he is. The trouble is neither of us grew up sharing our lives online. I have done the occasional selfie to add a head and shoulders picture to something but I really need one of those editing apps that can turn me into the smart, svelte professional woman I am in my head rather than one that makes me look like a creepy overweight old woman with a lady moustache and squint.

All my young friends seem to have a mobile phone welded permanently to their hands and you can't go to a wedding or party without one being thrust under your nose. Before the icing has set on the wedding cake there's a video of you on Facebook making a fool of yourself on the dance floor. At 5pm someone takes a picture of you stuffing your face with that wedding cake and at 5.01pm it's being "shared" all around the world.

I can't really complain as, much to the better half's chagrin, I am in the habit of posting all his rude comments (which are legion) to my friends on Facebook. His perennial moan is, "Don't go putting that on the internet!" I stare at him in disgust and say, "Of course, I won't" and quickly log on to impart some witticism.

For example, there was the time I was inspired by the Great British Bake Off and announced my intention to cook a cake.

"Save me a piece from the bottom," he said.

"Because that's where all the fruit will be."

You see, people, this is what I have to put up with and sharing his comments with my friends is the only way I have of getting my own back! I have threatened to put him on eBay:   "Man for sale. All reasonable offers considered," but he didn’t seem to mind, hoping he might get snapped up by someone like Jessica Alba.

At my age social media can be a double-edged sword. I wrote some witty riposte to one of my young colleagues on Facebook and she replied, "PMSL." I had to ask her what it stood for. "Pissed My Self Laughing," she said. I just about managed to refrain from pointing out that "myself" is all one word so it should in fact be PML, but my bon mots so often fall on stony ground with my young friends and I was worried I would get the reply YBOF (You Boring Old Fart).

The only acronym I'm going to use today is TTFN - which my older British friends might recognise as Ta Ta For Now but will totally bamboozle everyone else.