How To Impress Piers Morgan and Simon Cowell 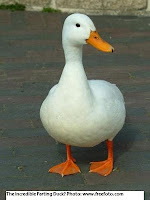 I ATTENDED a course at work where there was a brief section on time management. The conversation, inevitably, turned to making lists and prioritising tasks.

Little did my colleagues know they were in the company of a list expert. I can hardly get out of bed in the morning without making a list (1 Turn off alarm. 2 Kick better half awake. 3 Block ears to swearing. 4 Swing legs over side.)

I can undertake no job without first writing everything down in extraordinary detail. You might think it’s a displacement activity but in my case it’s a way of giving myself a kick up the arse (must be double-jointed) to get going.
Yes, lists are a valuable tool, not only for hard-pressed working women like me but for people from all walks of life.

If only talent show contestants would make a list before they subjected themselves to ritual humiliation from the likes of Simon Cowell and Piers Morgan.

1 Take singing lessons (or juggling-with-four-small-gerbils lessons, or dancing-with-a-goat lessons, or singing-operatic-arias-while-gargling-with-neat-vodka lessons). With a bit of luck they might realise that they're just not cut out for showbiz and never reach…

3 Pass audition by default because the Incredible Farting Duck disgraced himself on stage before the Tap-Dancing Tarantula stung him and was in turn trampled to death by a marching band from Grimupnorth made up of 22 hefty young people brought up on a diet of black pudding and chips. Then it’s…..

4 Appear in The Talent Factor and be so excruciatingly bad that the audience at home has to hide behind sofa, and they would spare themselves

5 When a supercilious Piermon Cowgan (how frightening is that? An amalgamation of Piers Morgan and Simon Cowell?) tells them they would rather sleep with Jeremy Clarkson than have to listen to one more second. Incidentally, anagram of Piers Morgan Simon Cowell: A Merciless Mooning Prowl.

That kind of self-knowledge would be handy for Hollywood stars too.

2 Get married at Vegas.

3 Sleep with another co-star.

I’m sure there must be thousands of other handy lists in the world of show business but I must go. I have to: