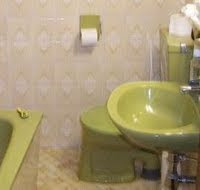 JOURNALIST Liz Jones has been causing a bit of a furore in these parts. You may have read about the London-based writer who, following her divorce, upped sticks and moved to Exmoor.

This fashionista vegan, who never goes on a date without having a Brazilian wax and dressing head to toe in designer gear, moved from her Islington home to a farmhouse bang in the middle of hunting, shooting and fishing country.

Still, that was her choice and, despite the stereotypes of inbred and insular locals, we do make people welcome down here. In fact, one of her neighbours took around a pot of jam when Liz moved in - and then had the door shut in her face because she was busy with a photo shoot. She's so convinced she's ended up on a film set of Deliverance that all attempts at friendliness are firmly rebuffed. She then proceeds to write scathingly in her Sunday newspaper column about the local people. We're all toothless, chew on straw and dine out on chicken in a basket.

So here's Liz, installed in her farmhouse, on which she spends hundreds of thousands of pounds  trying to turn into a facsimile of an Islington home, complaining bitterly when things don't quite work out as planned.

She upsets everyone by writing about the awfulness of everything and everyone in her weekly newspaper column. To add insult to injury, she has now written a book about her experiences. To give you a flavour of the woman, here's an excerpt: "My Manolos sink into the ground. "What's that ghastly brown stuff?" I shriek. "It's mud," says the estate agent. "Well it wasn't in the photos you sent me," I snap. I enter the farmhouse. It's freezing. "Where's the switch for the under-floor heating?"

I've decided to get my own back - not by shooting at her postbox as some locals did recently but by moving into her old house in Islington. It'll go something like this...

"What, no silage pit?" I ask the estate agent as he shows me around a five-storey town house.

"Sorry, we don't have silage pits in London," he replies.

I look around in vain for a Wicker Man in the back garden. "How do you appease the Harvest Gods?" He smiles nervously. No matter.

There's some kind of strange stainless steel kitchen arrangement. That'll have to go. I'll get my friend Norm up from Devon to whack in a few pine units; I know he's got some knocking around in his shed.

The floors are wooden - WOODEN for goodness sake! Haven't these people heard of carpet? I stare at a blank space on the wall, wondering what I could put there.

"The previous owners had a wall hanging, woven from the pubic hair of Amazonian indians in that spot," the estate agent tells me. I stare at him in horror and think longingly of my lovely watercolour landscapes painted by Auntie Doris. Or there's that mounted fish or the deer antlers, they would look just right.

He opens the bathroom door with a flourish. "It's a wet room," he says proudly. Wet? No one told me about damp in the house. Another job for Norm. I've had my eye on a lovely avocado suite he ripped out of a house five years ago. They're really rare, apparently, and you can't get suites in avocado - or brown for that matter and how practical a colour is that in a bathroom? - for love or money these days.

I turn my attention to the neighbourhood. "Where can I go shooting?" He looks puzzled. "You know, bang, bang with a rifle?" He runs his fingers around his shirt collar and gulps. "I believe you need to go further east if you want to join a gang although I believe knives are more popular than guns in those parts."

Gangs? Knives? What is the man wittering on about? Do they throw knives at pheasants and rabbits? How primitive.

"And the nearest pub?"

"There's a lovely little Greek taverna just down the road."

"No, no. A pub," I say impatiently. "Where you can get a nice prawn cocktail, scampi in a basket and rum baba." He shakes his head.

"I'm not sure there's one near here. Did you want to donate some items?"

"Donate items? Is he mad! This jacket with rolled up sleeves and floor length tweed skirt didn't jump off the shelf in Marks and Sparks, you know. I haven't bought anything new in 20 years, not even my knickers. A few stains never did anyone any harm.

Islington isn't quite what I imagined. Never mind, as soon as I move in I can write insultingly and with appalling snobbery about how awful the area and its people are. Then I can turn it all into a book, sell it and make a fortune.

Then I might even buy my next cardi in Peacocks.