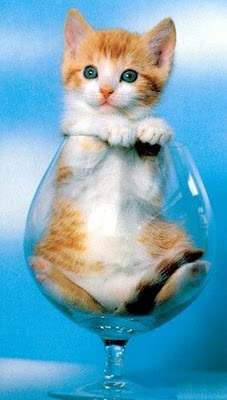 I LIKE a nice animal picture as much as the next person.
I even quite like those calendars and cards featuring fluffy bunnies and cuddly kittens.
There is, however, one type of animal picture that makes me go "eurghh" rather than "aahh" and those are the ones that are so obviously contrived.
You know, the ones where it looks like some poor duckling has been superglued to a rottweiler’s head, or a roly poly rabbit has been wedged into a bucket and will need a shoehorn to get out again.
Who are these photographers trying to fool? No self-respecting litter of puppies is going to hop, one by one into a line of wellington boots and peer cutely over the top.
You can’t tell me that a mouse feels comfortable between the paws of a gigantic moggy or that a little yellow chicken has hopped up on its own onto a sheep’s back.
Chihuahuas do not willy-nilly stand next to Great Danes in an effort to prove that dogs come in all shapes and sizes.
No, some photographer with his eye on a few bucks (and I’m not talking rabbits) has pushed, pulled, prodded and manipulated some poor animal into a saleable pose.
Without sounding like the fundamentalist wing of the RSPCA, it all smacks of exploitation to me.