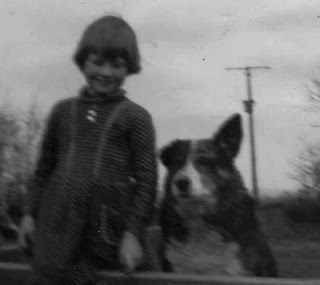 I HAVE just been attacked by a dog.

OK, “attack” is a slight exaggeration. I was walking out of work when a great big yellow retriever jumped up at me. If I hadn’t been a big strapping farmer’s daughter, brought up with bounding sheepdogs, I'd have been knocked for six.

At the end of his lead was a little old lady, and her response? “Oh, he loves people.” Not even a “sorry” as I wiped mud and drool from my jacket.

What is it with old ladies and dogs? My mother was just the same with her Jack Russell. The little devil could be a nightmare, yapping fit to bust and jumping all over you.

All you’d get from Mother was: “Down, Sammy. No, Sammy. Quiet, Sammy. That's enough, Sammy,” while the little bugger carried on yapping and jumping. If anyone dared to complain the response was a bright: “He’s only playing!”

I was tempted to stick my toe up his arse, wave him about and, if Mother complained, to say: “I’m only playing!”

Sadly - for my Mother anyway - little Sammy is no longer with us. Astonishingly, I kind of miss the little pest; at least he had character.

A memory has just popped into my head of a dog we had when I was a child. Ben.

Ben was mostly a laid-back kind of a canine but had his moments if we kids got too boisterous. Mother always said he had a bit of alsatian in him, along with a bit of collie, a bit of labrador, a bit of terrier, a bit of this, a bit of that. He was built like the proverbial shit-house door. He wasn't very tall but was barrel-chested and solid. He had one ear up and one ear down, the result of an infection when he was a puppy.

He liked chasing cars but his favourite prey was people on bikes. I’m sure he was “only playing”, although the cyclists probably disagreed. It wouldn’t be allowed these days, of course. I’m not sure it was allowed in those days although I can’t remember anyone, not even the cyclists, being very concerned about it. These days he’d be off in a dog warden’s van and my parents in court quicker than you could say, “Down, Ben.”

One day he had strayed from home to the next farm along and leapt out at a cyclist not used to his canine shenanigans. The poor man was knocked off his bike and taken into the farmhouse for treatment with a bit of Germolene and iodine.

Ben had run off but our neighbour knew exactly whose dog he was when the cyclist described him as “a great big grey dog with an ugly face”. Poor Ben. That’s how we described him for ever more.

I've just found a picture of Ben so you can judge for yourself. That's not me with him but my niece who now lives in Vienna, although I don't think she moved to Austria to get away from him. I think he looks rather gorgeous, in a macho, doggy kind of a way

This post is a tribute to all the dogs I grew up with - Ben, Bounce, Flint, Flash, Monty, Sound, Sally, Sam... and all the ones whose names I don't immediately remember. I hope they're all in that great farm in the sky, chasing cars and cyclists to their hearts' content.