Remedy For All the Ills of the World 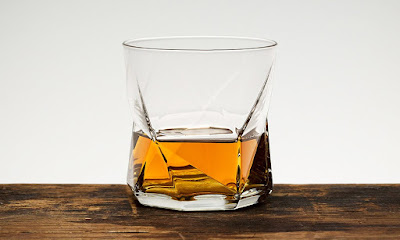 I know there is no cure as yet for this coronavirus thingy that is sweeping the world but I'm sure if my parents were alive they would have all manner of remedies to keep the family safe. None of them would have worked...but they would have given it their best shot!

When I was growing up this hardy pair basically had three treatments for all illnesses and complaints, which I wrote about here.

To give you an example of their tender ministrations let me tell you about the time when at the age of  seven I succumbed to a bad cold. My parents felt my hot forehead, crushed up an aspirin in a spoonful of jam and sent me to bed. The next morning it was off to school as normal as nothing was allowed to keep us away apart from being in a coma on life support or possibly, depending on the severity, having multiple fractures.

I was still suffering by the time I returned home from school. My father again felt my fevered brow, shook his head and decided there was nothing for it but to give me his “patent cure-all”. Mother tried to persuade him it wasn’t a good idea but he was determined.

So out came the whisky bottle. To a generous shot of best Johnny Walker was added boiling water and a spoonful of sugar. I was ordered to glug it down. It was not unpleasant and it certainly helped me get to sleep. But…in the middle of the night I was violently sick. Now, in addition to having a bad cold I was projectile vomiting and my mother was shouting at my father, “I told you not to give her whisky!”

By morning I was still suffering so I had a rare day off school. The following day the hand-on–forehead test showed I was better so it was off to school with strict instructions to say nothing to my teacher about the Johnny Walker.

But if giving whisky to a child is ill-advised and these days would be grounds for calling in social services, it’s not half as bad as some traditional Devonshire remedies I read about.

Here's how to cure whooping cough. Bring a donkey to the door of your house and thrust a slice of new bread into its mouth. Then pass the sick child three times over and under the animal’s body. Cured.

For a sore throat  get someone to read you Psalm 8 seven times for three mornings in succession. With all that reading your helper will no doubt develop a sore throat but it’s OK, yours will be fine.

But I think this is my favourite remedy:

To Cure Zweemy-Headedness - wet the head with plenty of old rum; the back and face with sour wine; wear flannel next to the skin, and carry a packet of salt in the left-hand pocket.

Mercifully I don’t suffer from zweemy-headedness all that often but I wish I’d known about it the morning after I’d drunk my father’s patent cure-all medicine.

*     *     *     *     *     *    *
If you are a cat lover - especially a lover of the grumpier members of the species, this is the book for you, written by Toffee who, despite her name, is the least sweet cat you can imagine. The world according to Toffee exists to serve her and woe betide anyone who forgets it. Paperback on left, Kindle version on right.